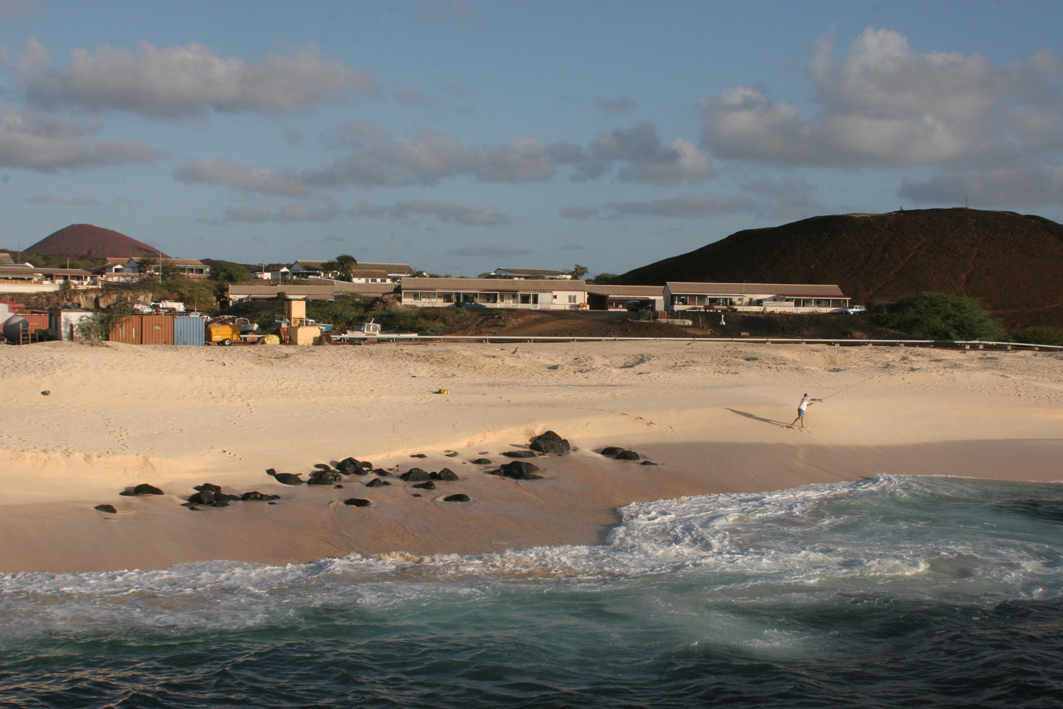 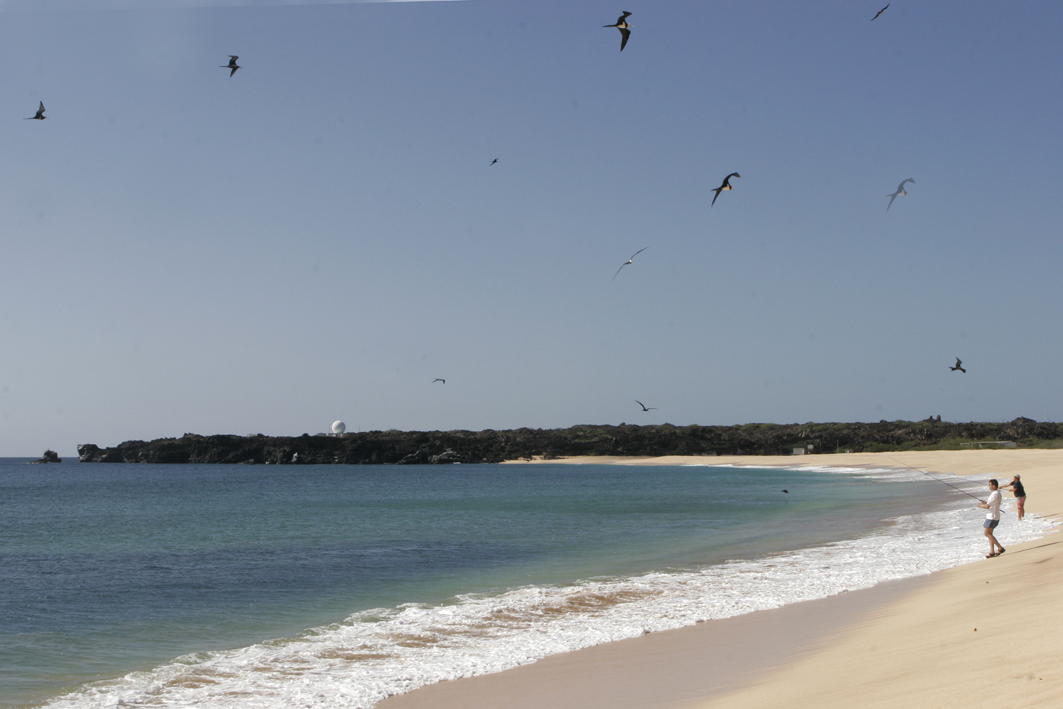 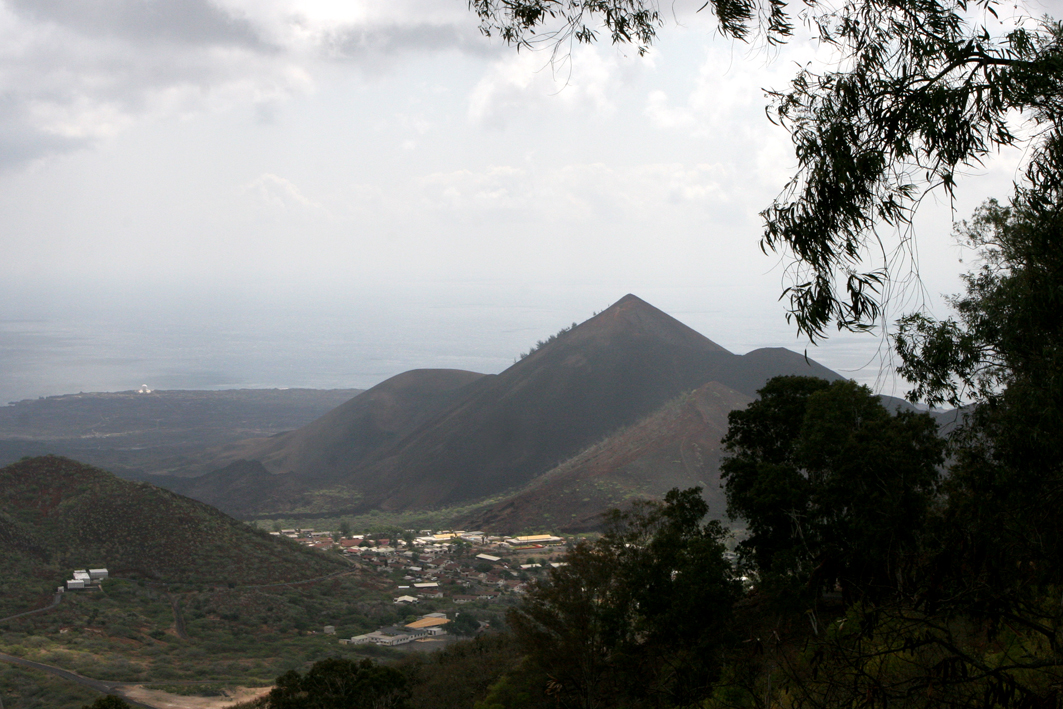 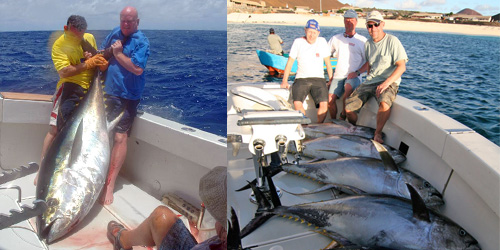 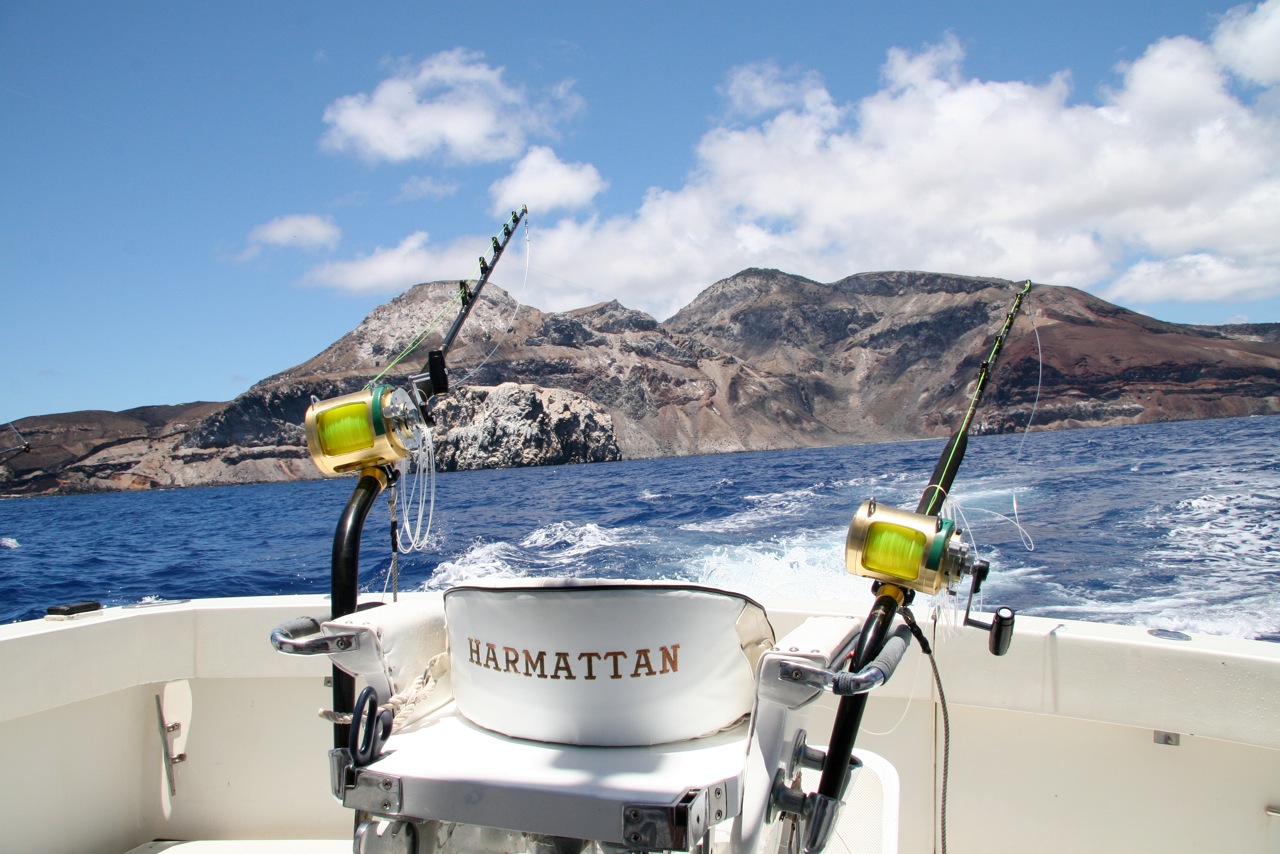 We are happy to offer the only Game Fishing Boat on this remote little island in middle of the Atlantic Ocean. We are fishing with our 36 Rampage HARMATTAN on Ascension since 2002. No commercial fishing makes this place so unique and beside Blue Marlin you can catch huge numbers of tuna, wahoo, mahis and jacks. The average size of Blue Marlin is very high, 7 Granders have been already weighed on the island and plenty more been released and lost. The island is 100% safe and you don't find any tropical diseases!! Ascension Island is an isolated volcanic island in the equatorial waters of the South Atlantic Ocean, around 1,600 kilometres (1,000 mi) from the coast of Africa and 2,250 kilometres (1,400 mi) from the coast of South America, which is roughly midway between the horn of South America and Africa. It is governed as part of the British Overseas Territory of Saint Helena, Ascension and Tristan da Cunha, of which the main island, Saint Helena, is around 1,300 kilometres (800 mi) to the southeast, and the territory also includes the "remotest populated archipelago" on earth, the sparsely populated Tristan da Cunha archipelago some thirty degrees farther south–about half the way to the Antarctic Circle. 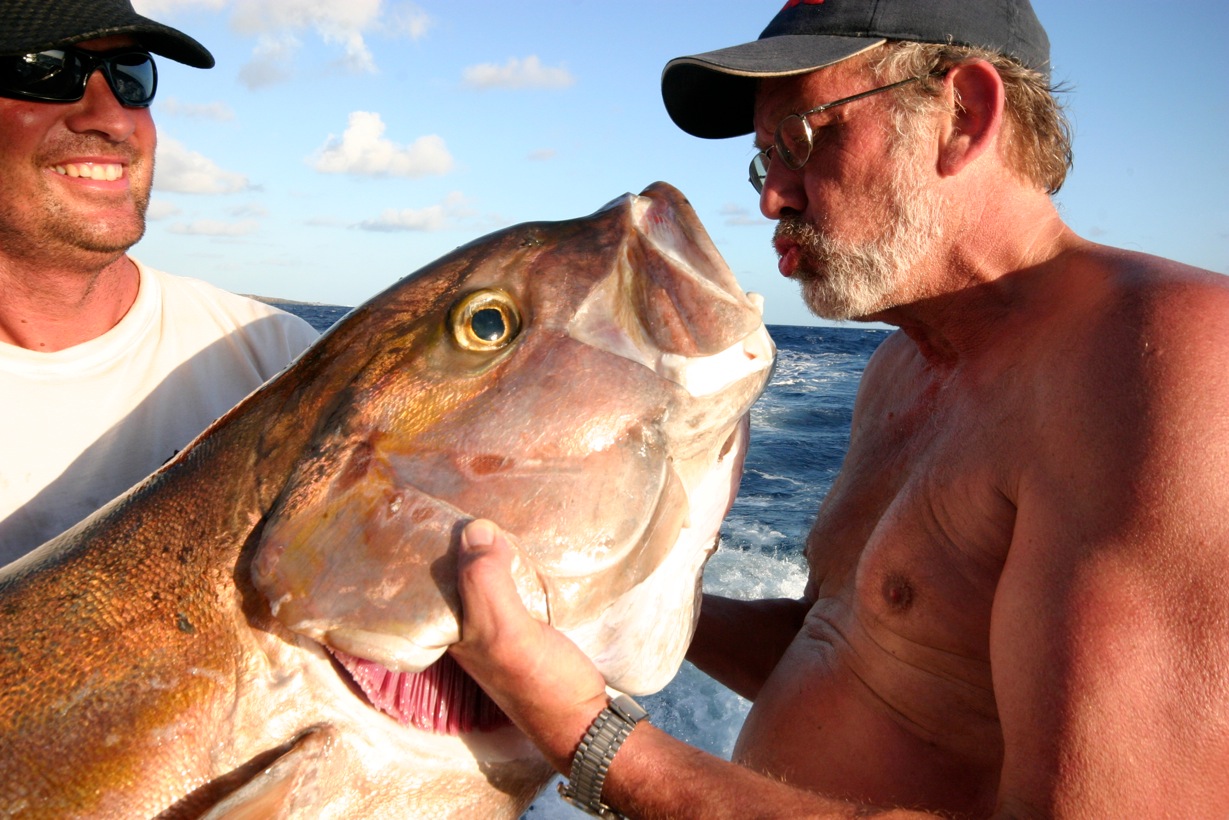 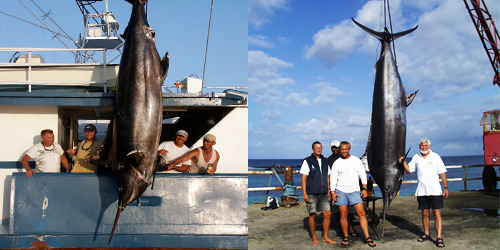 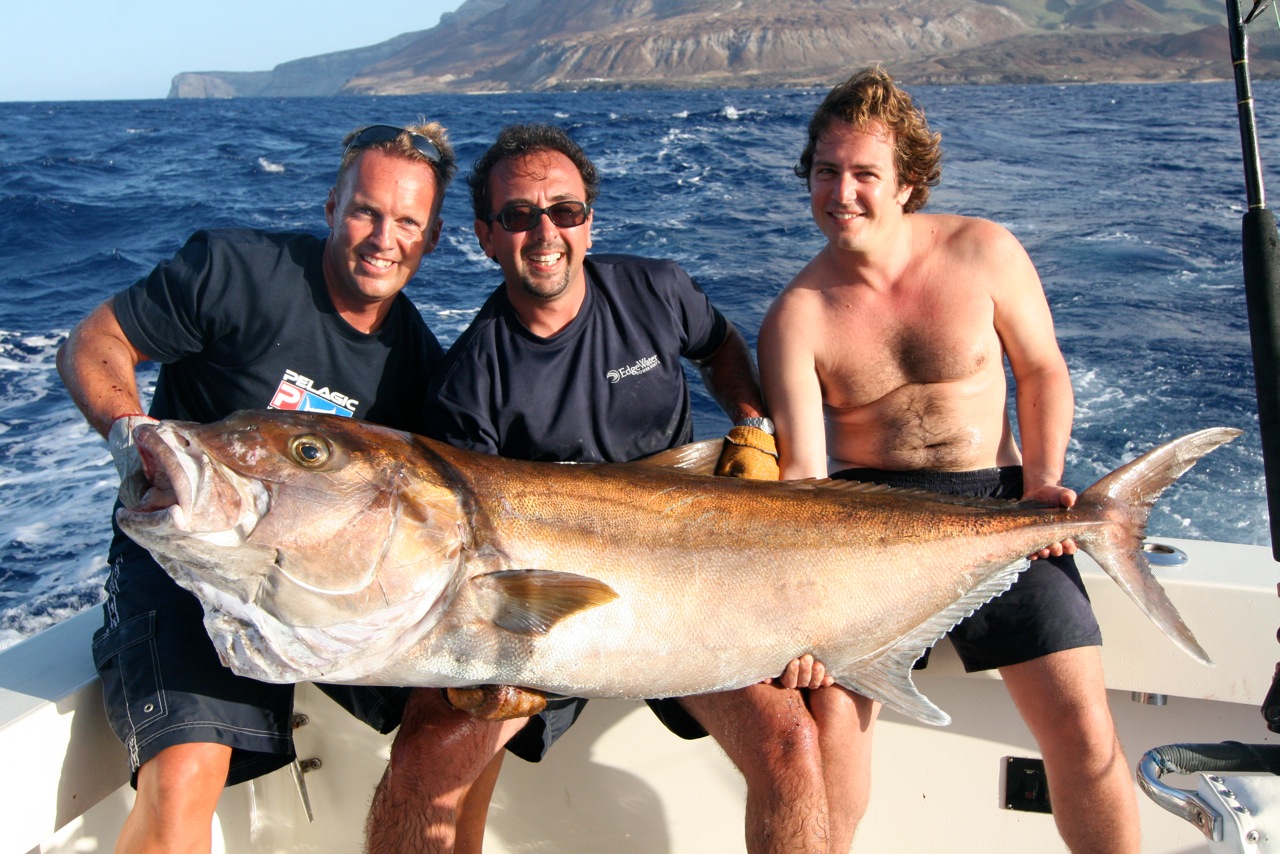 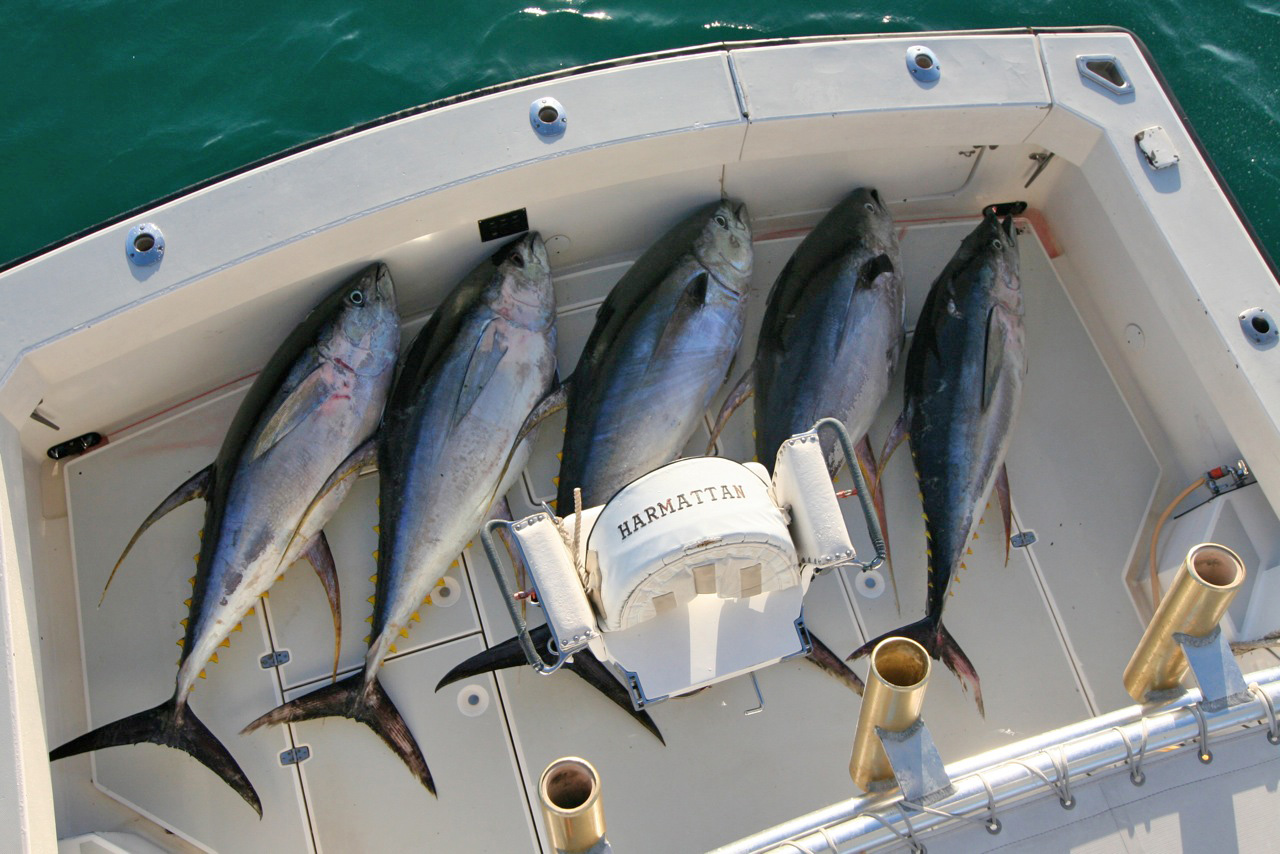 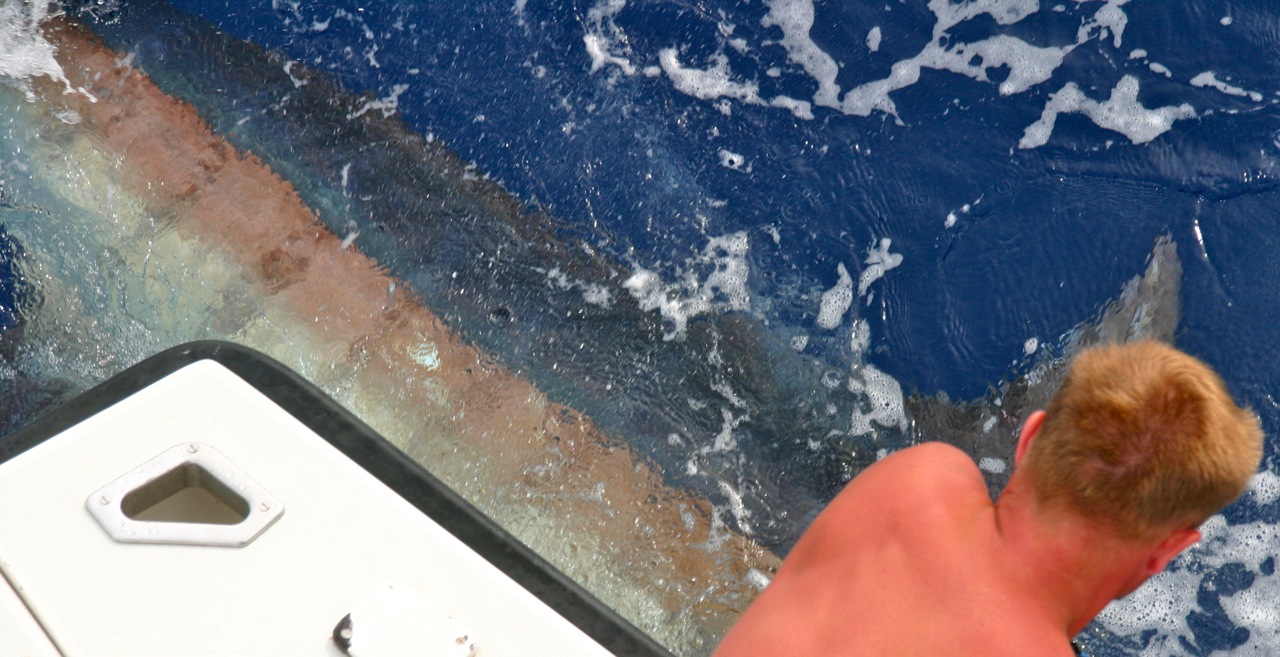 Our fishing day is 9 hours and we start depending on the bite. The main goal is the Blue Marlin but there are also plenty of other species to catch. Tuna, Wahoo, Dorados, Sharks and Jacks are plentyfull like in hardly any other place on earth. There is no commercial fishing pressure and from time to time you can catch tuna from the beach!! We mainly troll but also do some jigging or chunking for tuna from time to time. 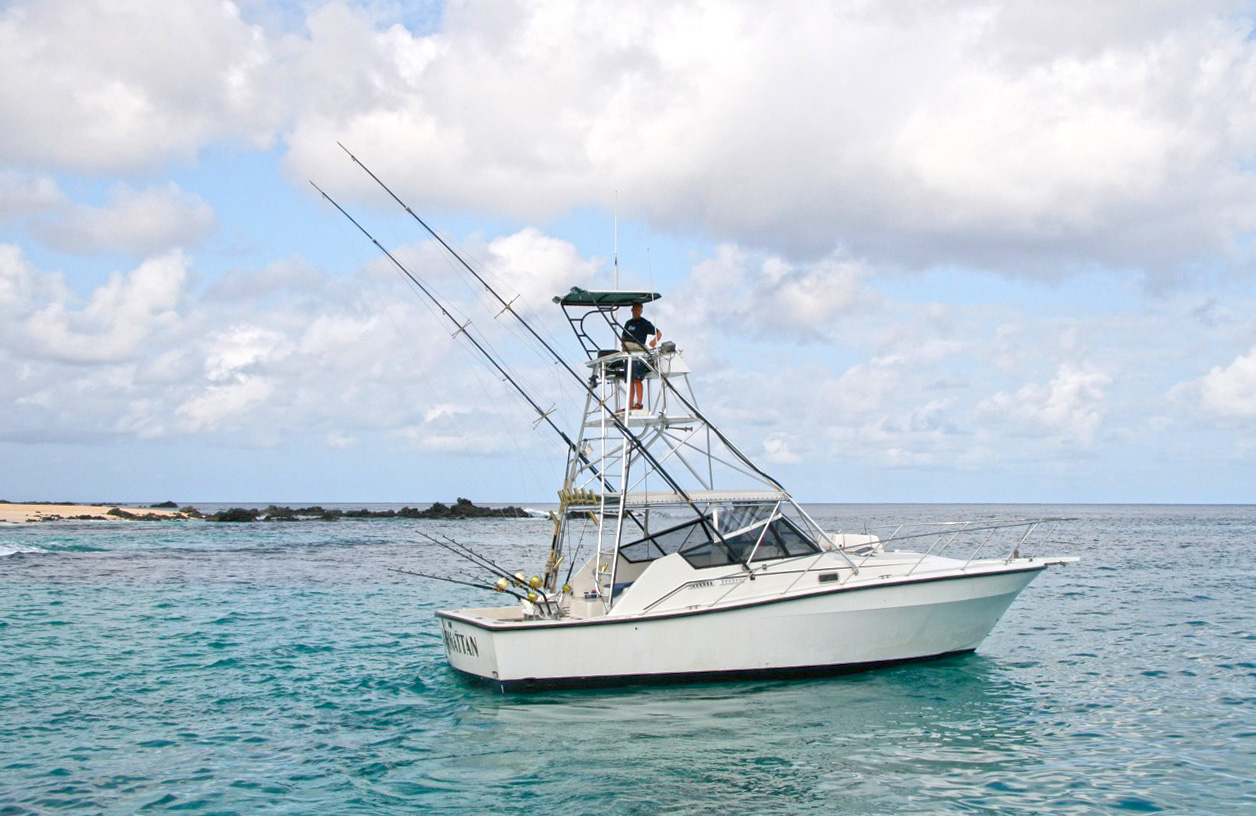 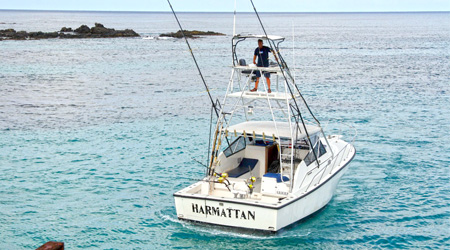 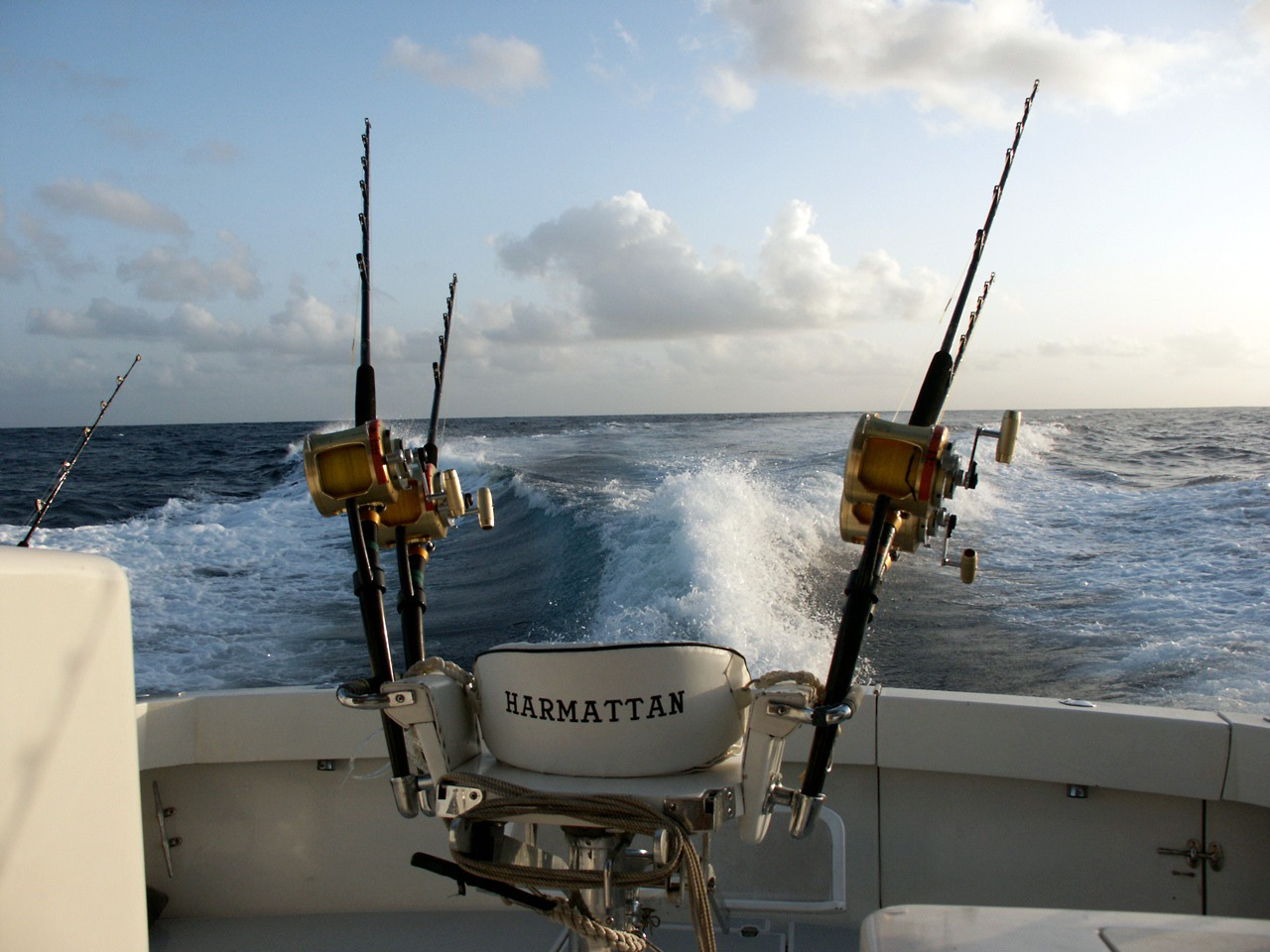 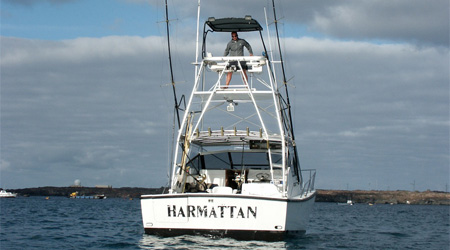 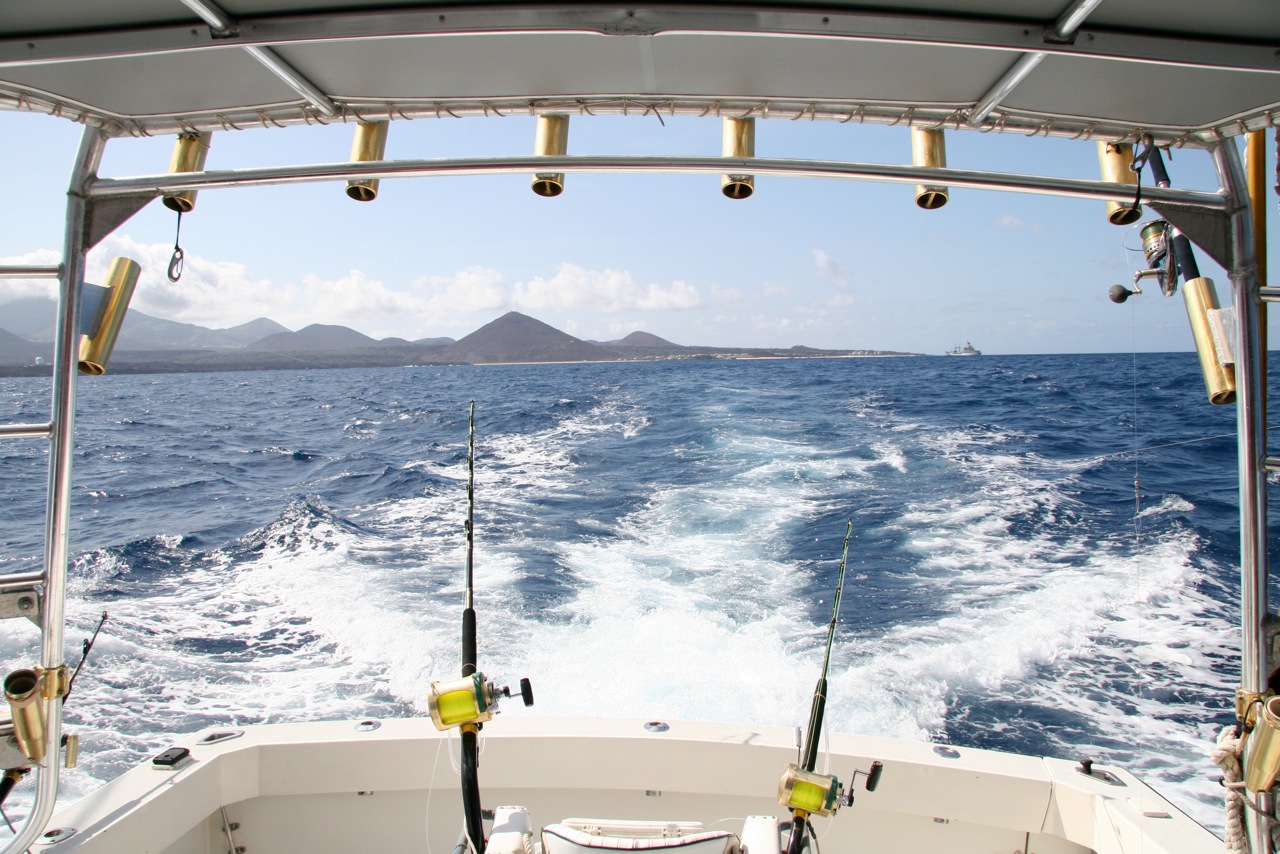 HARMATTAN - 5
HARMATTAN is a 36 ft Rampage 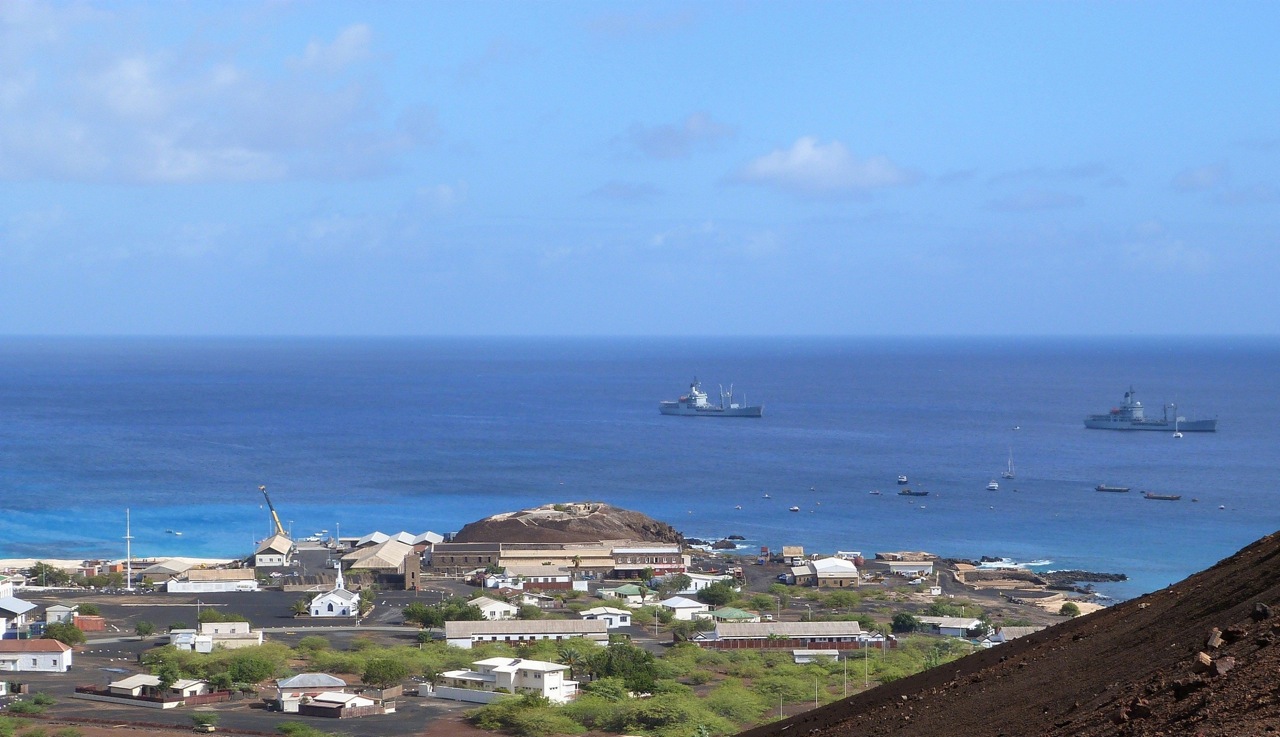 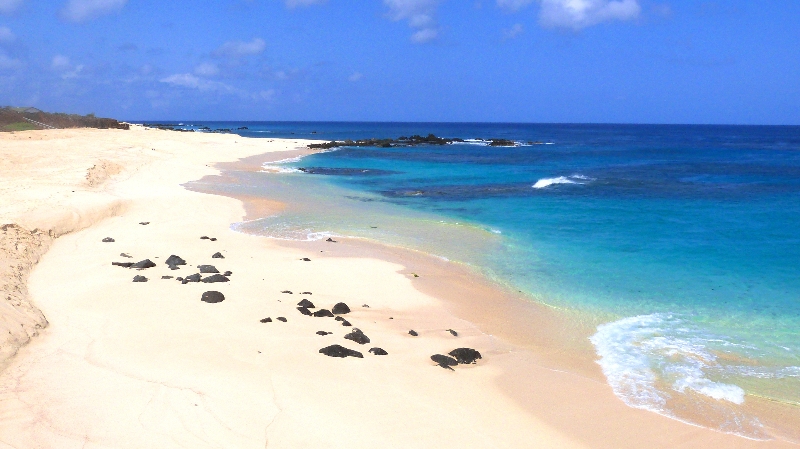 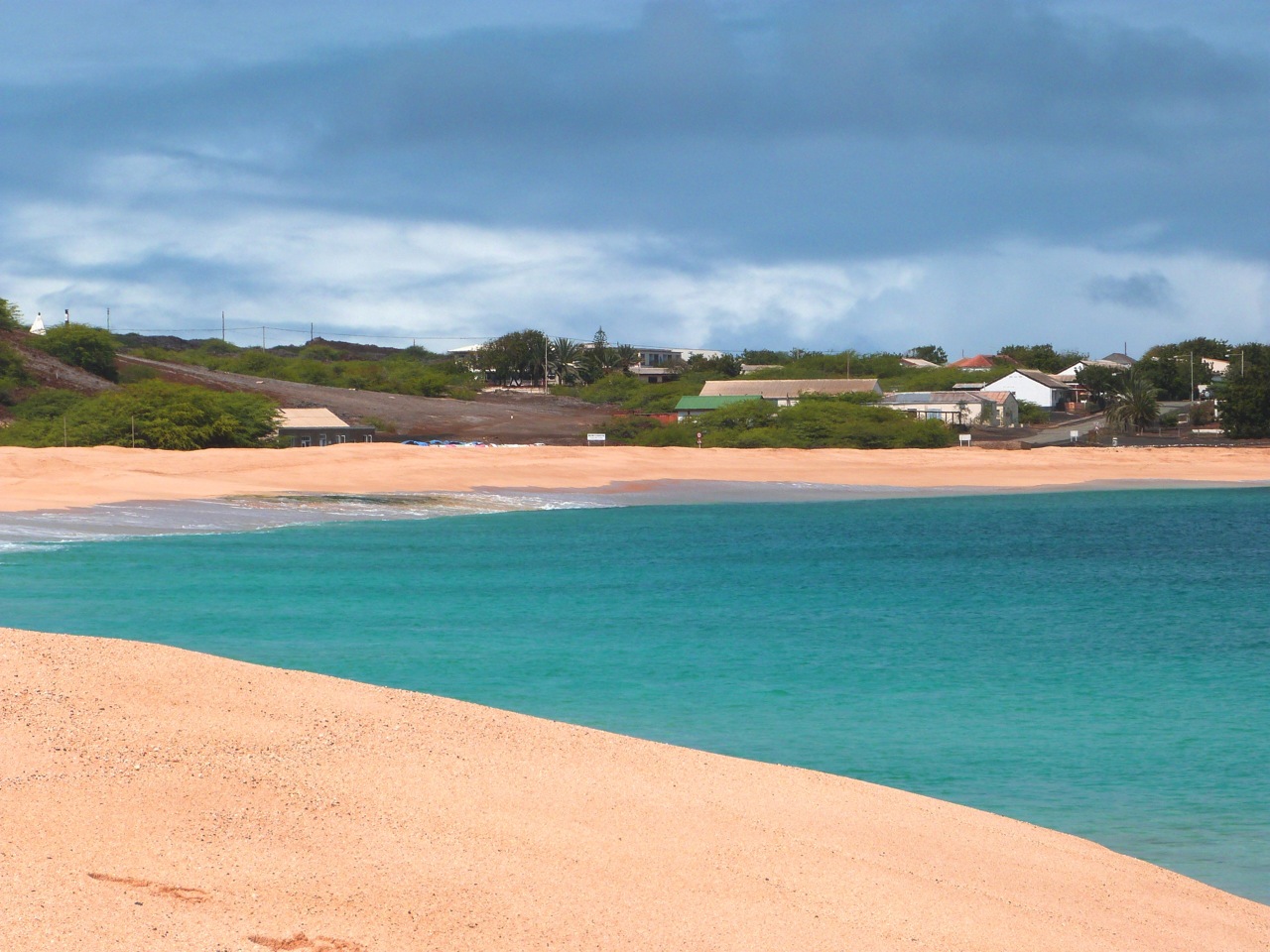 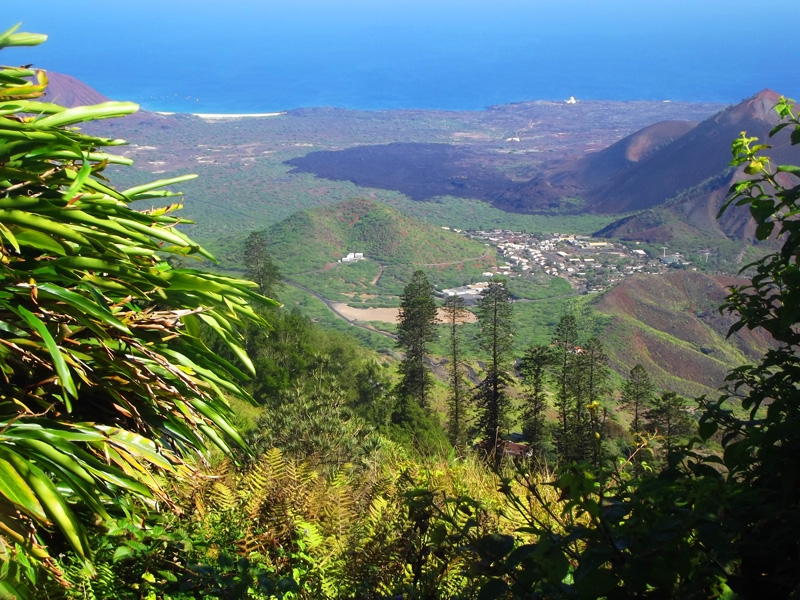 The only way to come to Ascension is via the UK. There are 2 flights a week and the flight time is 8 hours. Only few seats are available, as most seats are reserved for the Fakland islands, so early reservation is required. There is one hotel on the island called OBSIDIAN. We help for bookings and you can pay the room on the island in cash or with credit card. British pounds and american dollar are both accepted on Ascension. We are happy to assist with the paperwork regarding the flight reservation.